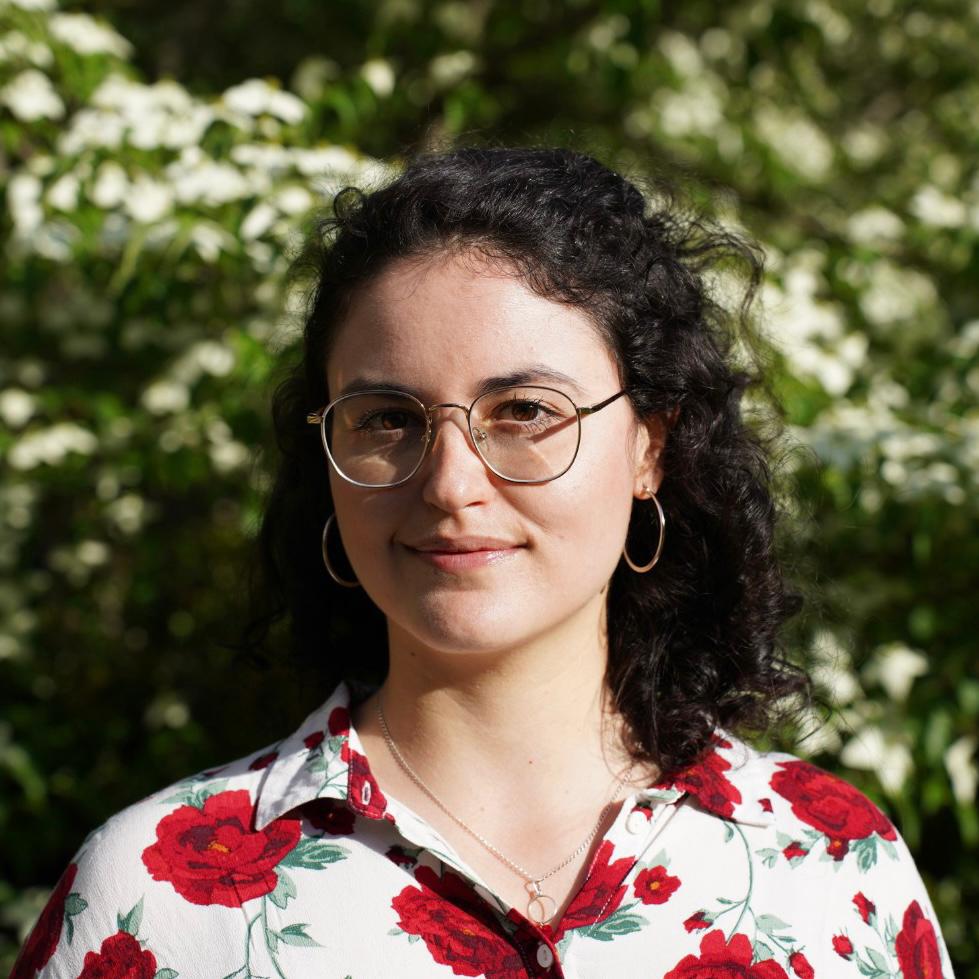 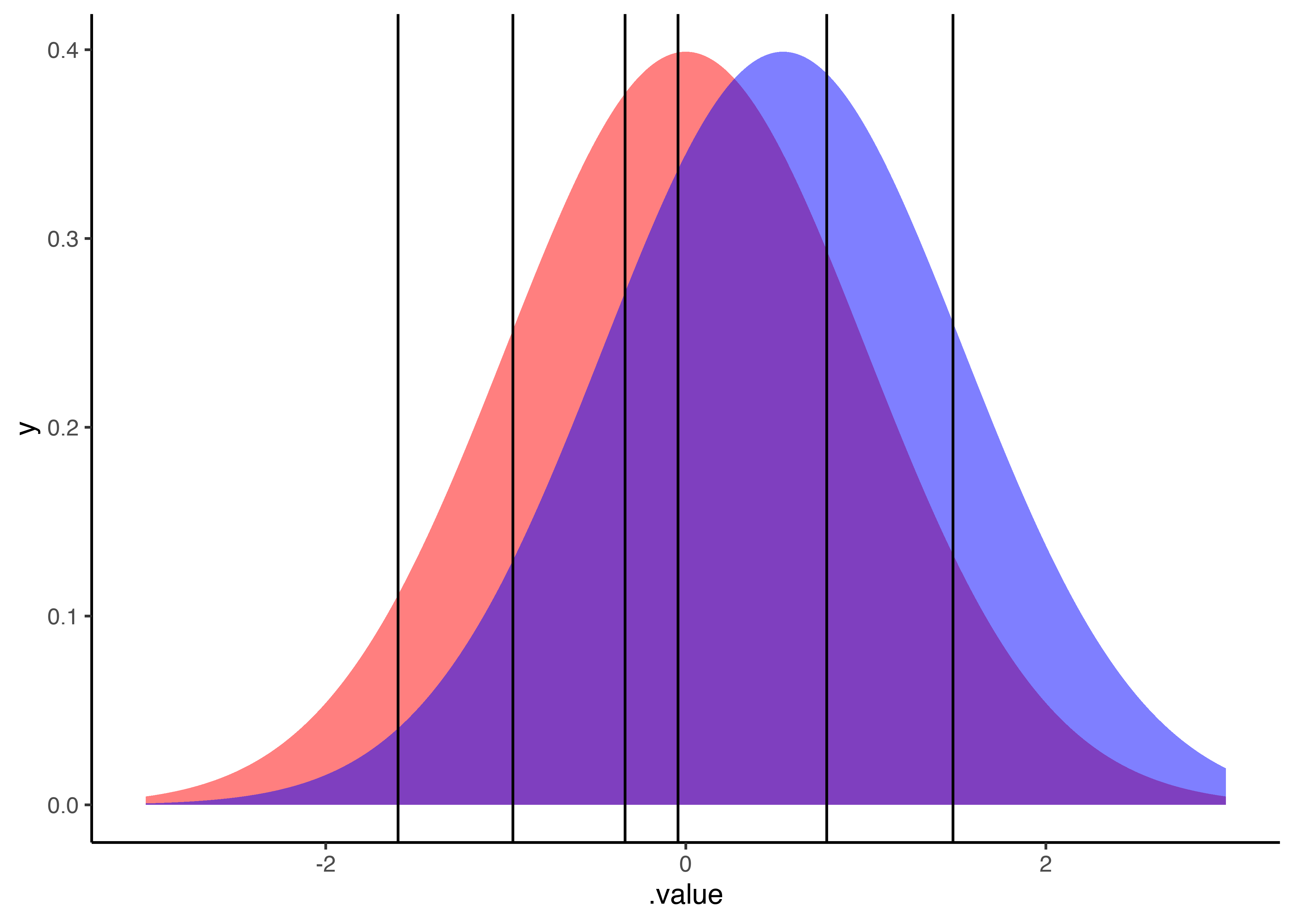 Here is the thing: in our research, we frequently use Likert scales to get ratings of how participants perceive/evaluate/feel certain features. After collecting the data, we calculate the mean and sd of the items in our scales. However, when doing this we don’t take into account that steps along a Likert scale may not be equivalent in terms of magnitude.

Basically, Likert scales are ordinal scales that offer a way of categorizing the feature measured in a direction (i.e. 1<2<3<4<5…), but do not assume that the magnitude between each step is equal (as opposed to continuous variables). Anyways, when analyzing the data using linear models, we treat an ordinal variable as if it was a continuous one, without accounting for the variance that may result from the fact that the steps in the scale are not equidistant.

My queries about this problem of the Likert scales came from my research trying to get ratings of the severity of wrongdoings when participants were recalling a harm. In a 7-point Likert scale where 1 = not severe at all; and 7 = extremely severe, I can say that my friend lying to me about having an affair with my boss is a 4, and other person can say that their partner lying to them about his plans for the weekend is a 5. This does not necessarily mean that the latter is 25% worse than the former. It just means that one of the harms seems to be more severe than the other.

All this to say that it would be useful to find a way to analyze Likert scale data accounting for differences in the magnitudes within the thresholds of the scales. And here is the answer: Ordinal logistic regressions! So first, we will run the following packages:

Just to have a reference, we will first do a regular linear regression: 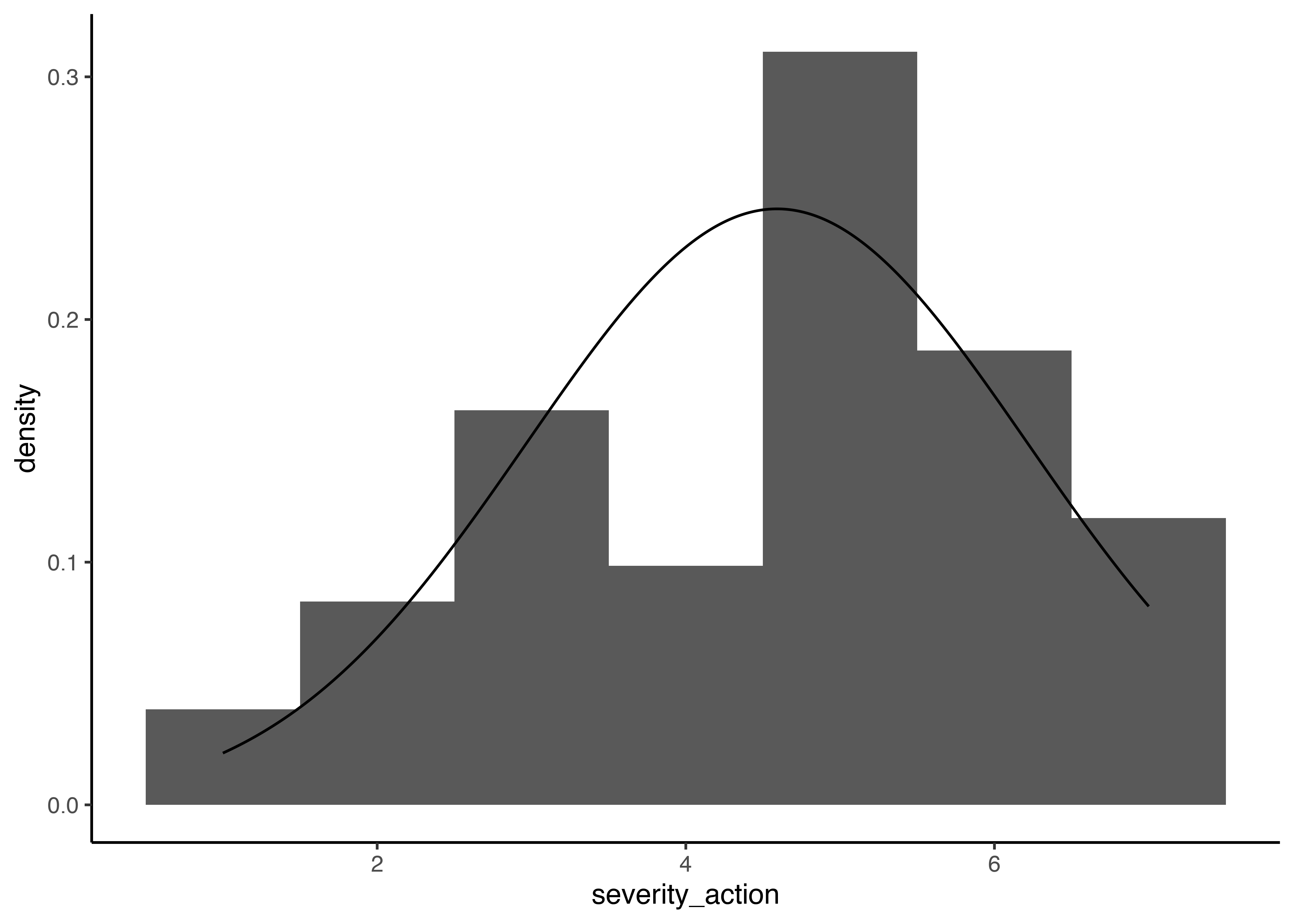 Now, we are going to use an ordinal regression. In this case, we will use the function brm (Fit Bayesian generalized (non-)linear multivariate multilevel models) from the brms package.

Notice that in this case, we have six thresholds that result in the 7 points of the Likert scale. The model gives and estimate of the value of the threshold and also confidence intervals that account for the uncertainty. Cool! 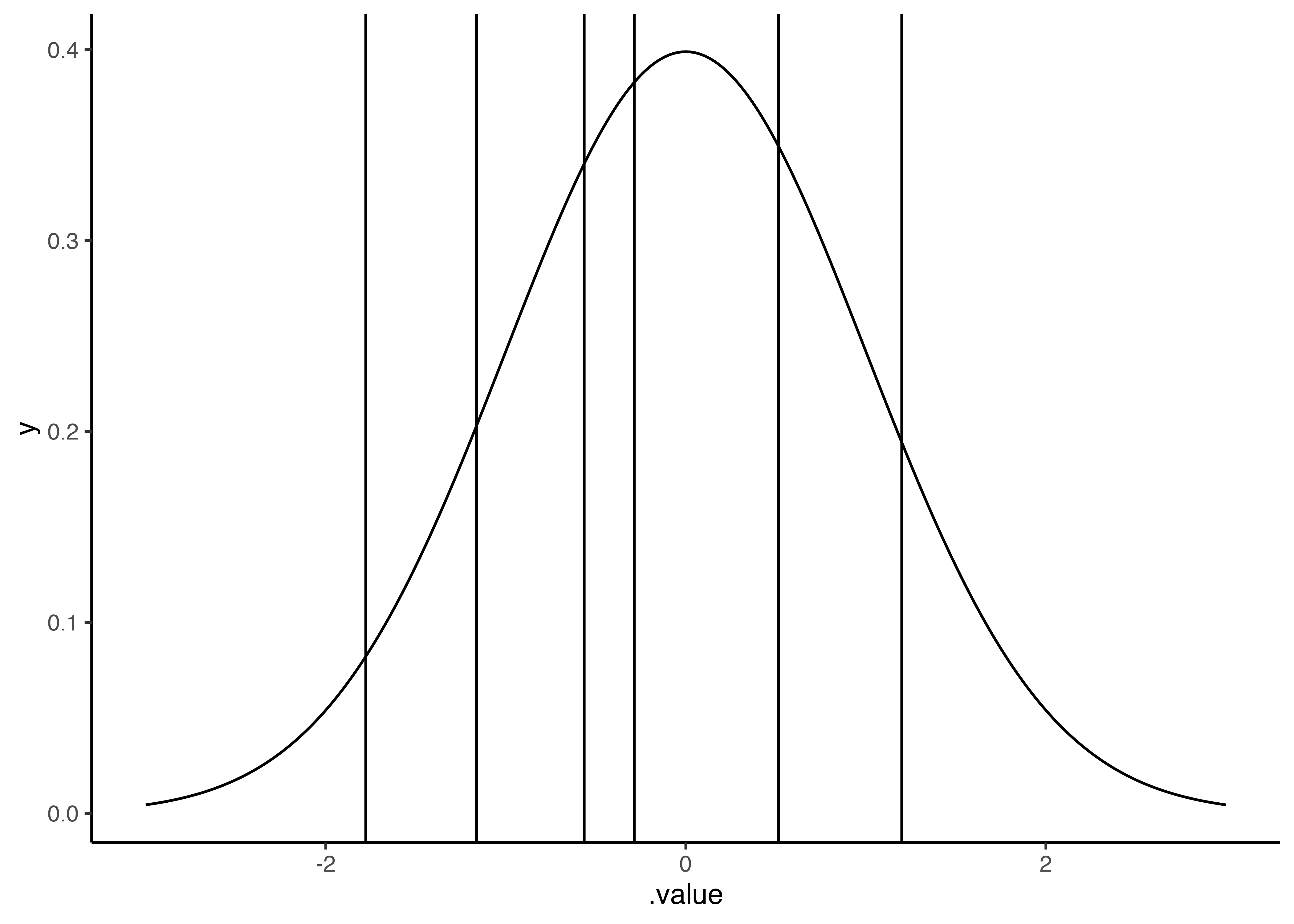 So now, let’s find those probabilities! For this, we have to create some data to estimate. In this case, since we have no predictors, we’ll just say X=1.

Now, lets plot our new ordinal model and see how it looks! 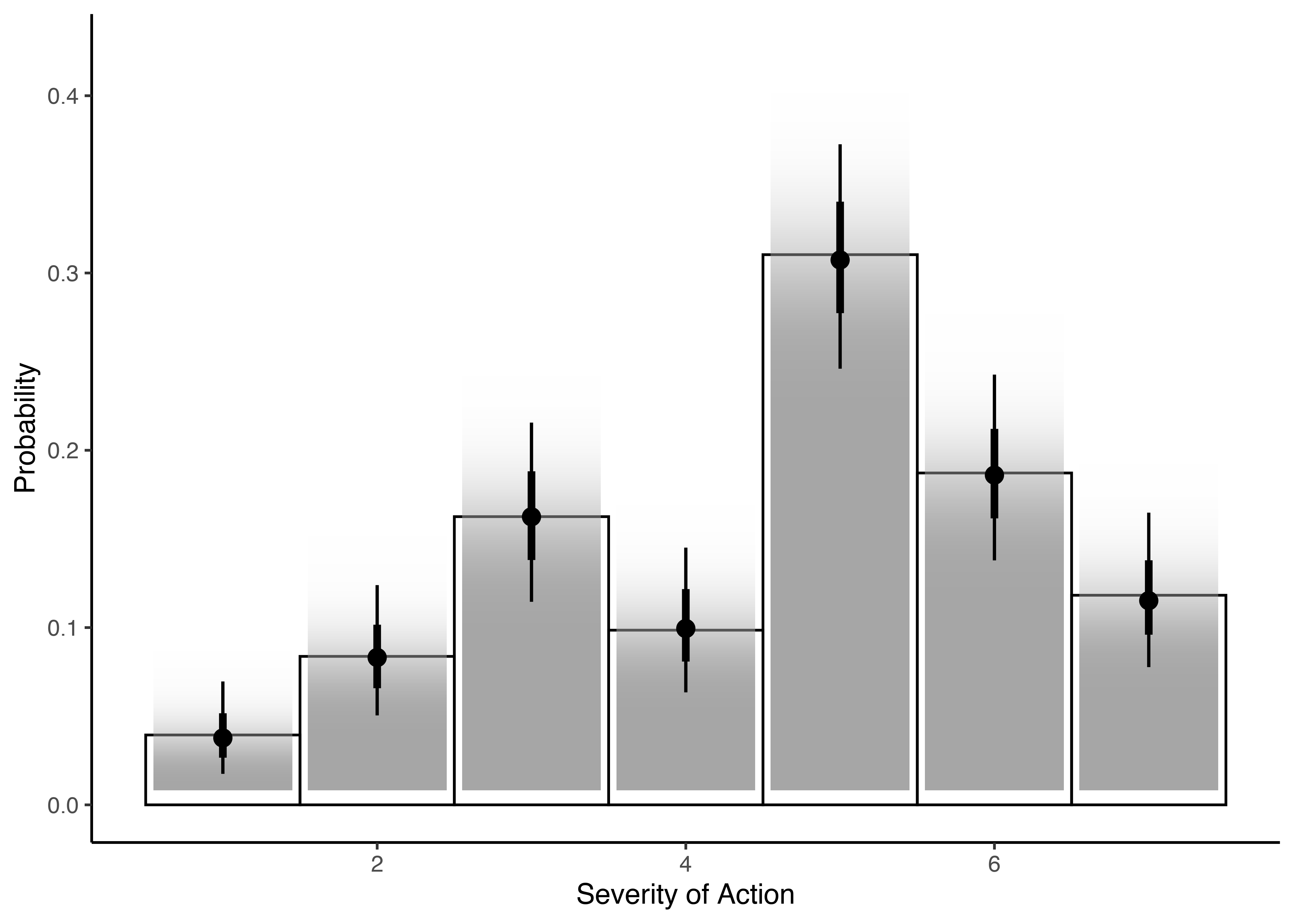 In this plot, you will see the data and the model, the probability for each point and, more interestingly, that the model accounts for the uncertainty and gives us confidence intervals. Nice!

But well, the idea would be to get to a point in which we find something that corresponds to the mean for a continuous variable. And to get that, what we need to do is to sum up the product of the probabilities by the category to which they belong.

And there you go! We have a ‘mean’ resulting from the ordinal regression that is useful for our research purposes. However, you could have noticed that the mean that we got with the ordinal regression (4.59) is exactly the same that we found when we did the good old linear regression. So, why should we get through all the trouble? Well, apparently this is not always the case always, and sometimes the values that you find differ, particularly when the thresholds are less equidistant. In those cases, the ordinal regression is the way to go since it actually accounts for this.

So, in our previous example we actually didn’t have predictors that could account for the distribution of our data. Now, lets try to model the same data, but with predictors.

First, lets see again how the gaussian model would look like: 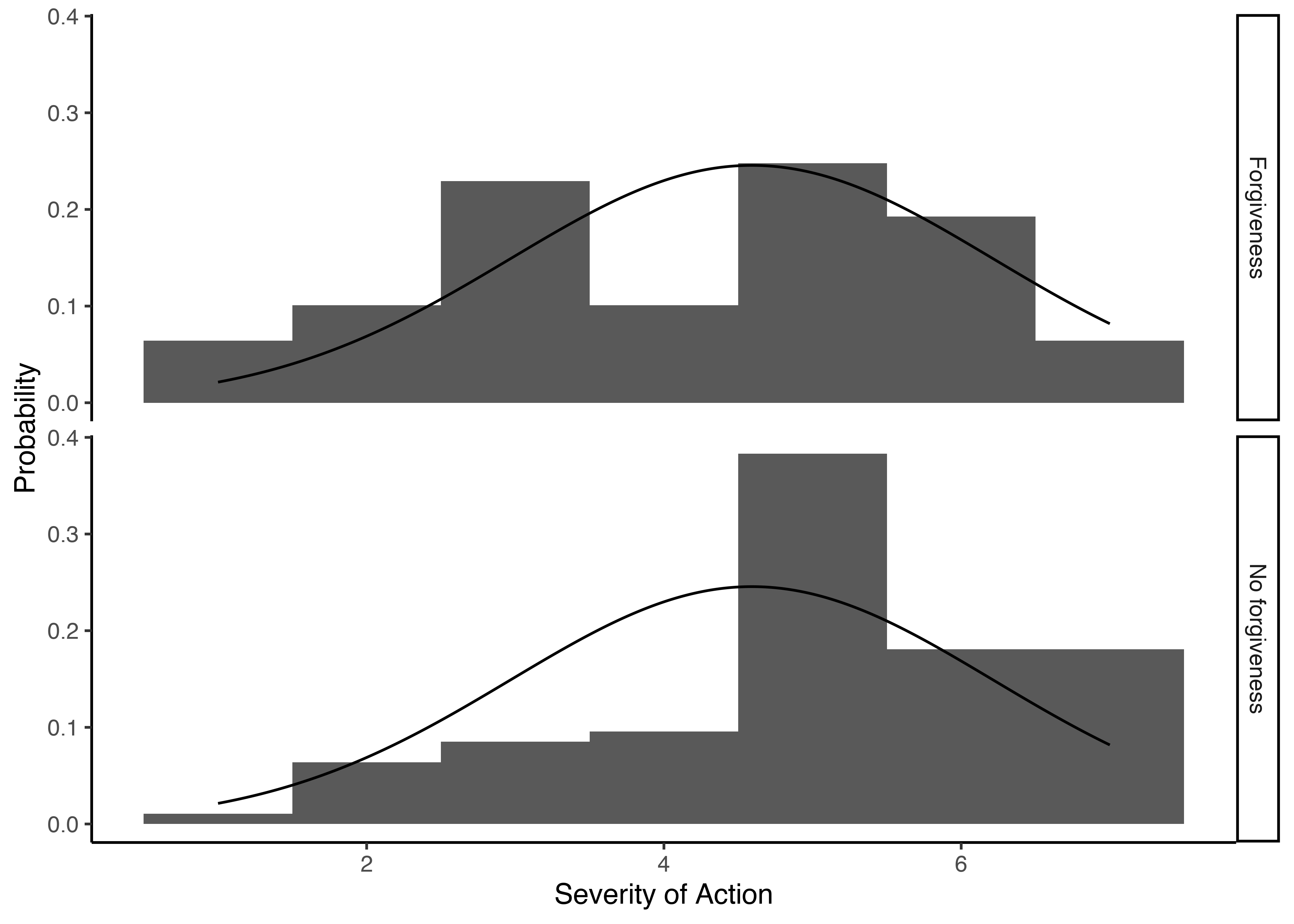 Now, let’s take a look at how the distribution looks when we include forgiveness as a condition

And now, this is how our ordinal regression looks like: 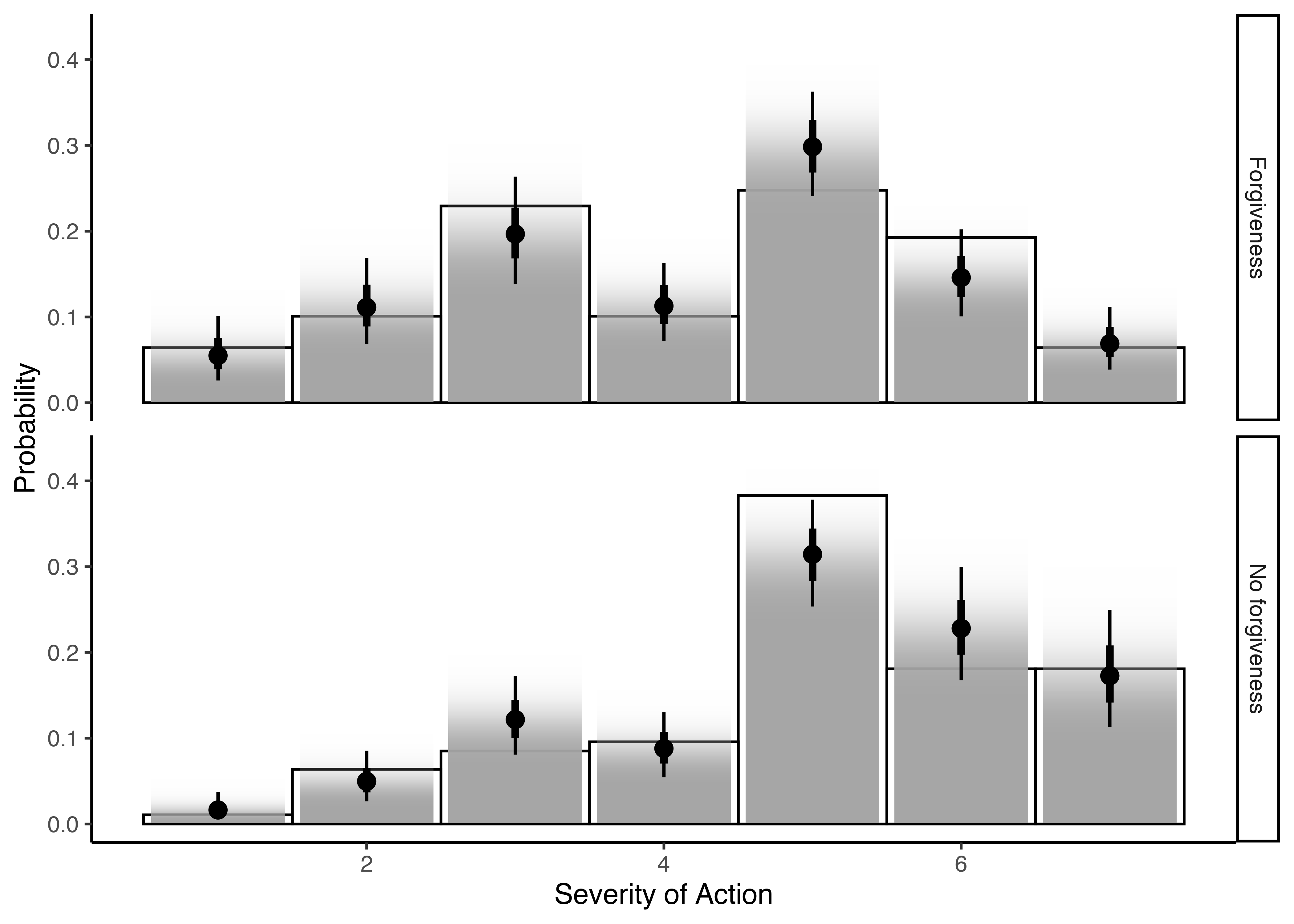 And here are our means by condition!