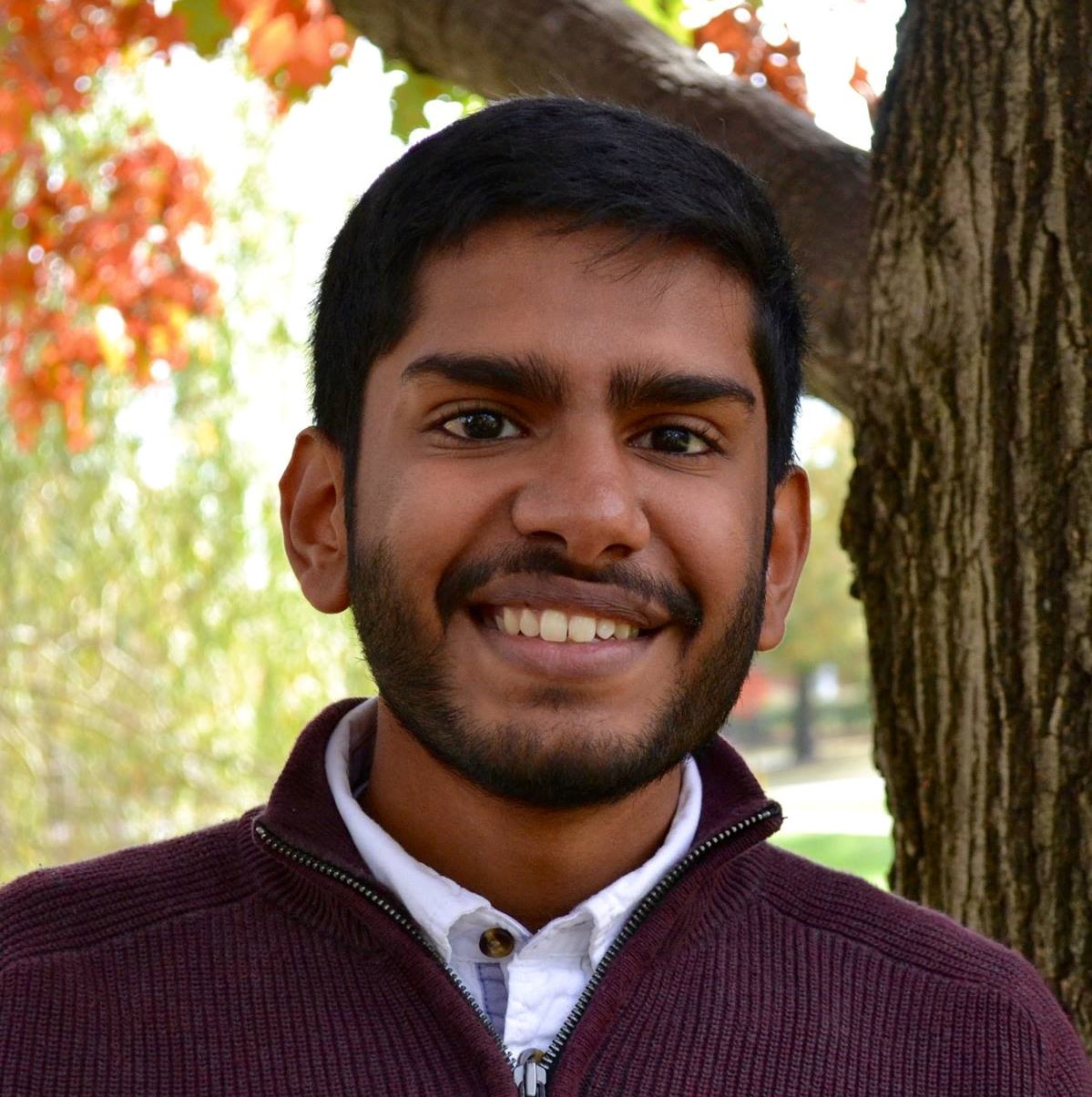 Unconvoluting convolutions - an introduction and applications to neuroscience

If you’ve worked with any kind of neural data, convolutions were involved at some point. Having an intuition for convolutions is quite useful in thinking about what your data actually is and what to do with it. This tutorial will cover some basic math and python code related to convolutions, with some specifics as to how these concepts are applied to neuoscience.

Unconvoluting convolutions: an introduction and applications to neuroscience

Convolutions are pretty important operations for dealing with many kinds of data. Most simply, you can think of a convolution as a sliding window that performs some operation on your data. Imagine you have time-series data where the activation of a particular variable is \(1\) between \(t=-0.5\) and \(t=0.5\), and is \(0\) otherwise. This is indicated by the blue box below:

Informally, in order to do the “sliding window weighting” thing to get the output that we see above, we need to know four things:

The discrete convolution equation tells us the things we need to know in order to do a convolution:

At first glance, this doesn’t quite seem to make sense: why would you weight the value of your data at \(f(t+T)\) by the value of the filter at \(g(-T)\)? One way to think about this is that the function \(g\) is backwards relative to the sliding window visualization. This doesn’t matter for filters that are symmetric around the center of the window, where \(g(-\tau) = g(\tau)\) for all \(\tau\).

What about the beginning?

You might be wondering what happens at \(t=0\): how can we get \(f(0-T) = f(-T)\)? This is the issue where your window starts. The simplest solution is to just decrease the length of your data. If your data is total length \(L\) the center of the window at the beginning will be at time \(T\) and the center of the window after sliding across the data will be at time \(L-T\). This way, you end up with convolved data that is length \(L-2T\), as you could only start after time \(T\) and end at time \(L-T\).

Now that we understand the basic form of a convolution, let’s implement it in python! 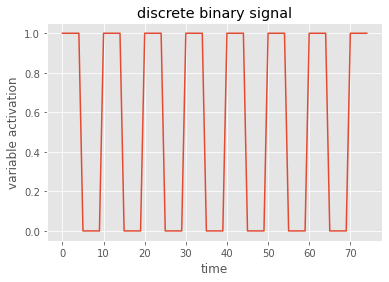 We’ve looked convolving over 1-dimensional signals thus far. What if you have a 2-dimensional signal, like an image? Imagine doing the same exact thing of sliding the filter across the data, except now the filter has two dimensions. The same way of thinking about boundary settings also applies here: we could “pad” the original data (usually with \(0\)) all around the whole data:

Instead of sliding a 1-dimensional Gaussian across a 1-dimensional signal, we can convolve a 2-dimensional gaussian across a 2-dimensional signal! A common preprocessing step for fMRI signals is to apply a 3-dimensional Gaussian blur to the BOLD activation values, which we can think of as smoothing the activations of the voxels relative to the neighboring voxels. This pretty useful resource gives some reasons of why we might want to smooth fMRI signals this way; note, however, that smoothing may actually hurt the performance of multi-voxel pattern analysis (MVPA).

To get an intuition for what a Gaussian blur does, let’s apply it to some images in python.

Let’s go back to the 1-d discrete convolution, except now we’ll explicitly relate everything to our data. First, let’s call the output of a convolution \({\color{Orchid} h}\):

Often, we can think of this former situation as smoothing our data – we’re applying a convolution to it. We end up doing all our analyses on \({\color{Orchid} h}\); it is now the object of interest.

On the other hand, the latter situation says that the data is the result of an unobserved underlying process convolved with something. This is often the case with signals in neuroscience, as we often have measures of neural activity that are removed from the actual biological process we are interested in. (The situation is even more muddled, in fact, as the neural signals can then be used to model cognitive processes.) That is, fluorescent images or BOLD signals are just measures of neural activity (or even some other construct) convolved with the biological and engineering processes that go into producing and recording the data.

This is exactly when we’d want to DEconvolve! In essence, deconvolution is basically applying the “inverse” filter: given our data \({\color{grey} x}\) and some knowledge of the filter \({\color{OrangeRed} g}\), how do we get the underlying signal \({\color{SteelBlue} f}\)? In this context, \({\color{SteelBlue} f}\) is indeed the object of interest; we do our analyses on it, because we want to model the underlying signal, not the convolved signal. It’s important to remember that we are able to do this to neural data by operationalizing the filter \({\color{OrangeRed} g}\) based on biological/engineering principles, as we will see below.

Where do (de)convolutions come up in neuroscience?

Pretty much everywhere. (De)convolutions are used to preprocess and/or model every kind of data collected from a biological neural network (i.e., a brain). Beyond that, convolutions come up all the time when analyzing any kind of signal, because that’s apparently just how signals are. In detail:

Specifically, spikes. Spikes are often presented as time-stamps telling us when a neuron fired an action potential, or “spiked”. Then, it is common to bin the spikes: we divide the total experiment time into bins of some small time – anywhere from \(5\) to \(1000\) ms, depending on various things – to get a matrix that is either \(0\) (representing no spikes in that bin) or \(1,2,3,\ldots\) (representing how many times that neuron spiked in that time bin). After this binning, it is pretty common to apply gaussian smoothing to the spike counts to get an estimate of that neuron’s firing rate. If that doesn’t make much sense to you, join the club.

(i.e., from calcium imaging) rise and fall with spikes, but in a delayed and “diffused” manner relative to spikes. In other words, we can only detect changes in calcium concentration well after a spike has actually occurred. This can be viewed as the spiking signal being convolved with a “spike-to-calcium” smoothing filter. Since we record calcium signals, we need to apply the reverse “calcium-to-spike” unsmoothing filter, otherwise known as a deconvolution.

Data gathered in fMRI has a similar case of being measured with a delay relative to the neural activity in response to a stimulus; this is the nature of the signal. What we actually want is the stimulus information in neural activity – we know this information must be there before we see the BOLD signal due to fast behavior, other neural measures, etc.

from this useful introduction to fMRI

Imagine you want to use a network like the one above to classify an image. How would you input the image into the network? One standard approach would be to “unfold” the image as a really long vector, and enter that vector into the network. This, among other things, prevents us from using some intuitive and important spatial relationships between pixels, such as translation invariance. That is, if a feature is present in the image, it could be present anywhere in the image and it would be the same feature; regular fully connected neural networks would have much trouble with this, while CNNs are basically built to find features that are invariant to such translations.

A convolutional neural network (CNN) is a kind of neural network which gained a lot of attention by being better and faster than humans at various kinds of image classification around 10 years ago. Since then, they’ve only grown in numbers. Watch out. 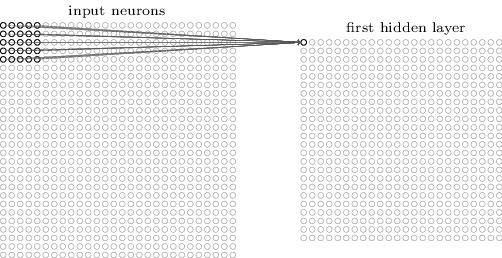 We do that for one filter, and get one matrix back. If we want to apply multiple filters (say, 3), we get 3 matrices back:

the above are from this great intro to neural networks textbook

CNNs are so useful because we can automatically learn really complicated filters that best describe the data in some way, using deep learning (a.k.a. neural network + stochastic gradient descent). An entire CNN looks something like this:

As with many other fields across STEM and elsewhere, various forms of CNNs are and will continue to be important for making sense of high-dimensional data. As neural data, stimulus data, and behavioral data grow more complex, we can use CNNs to more or less automate the problem of finding a good convolution filter. The implication is that any place where convolutions are used to understand signals, CNNs could potentially be used to learn useful convolution filters from the data without (too much) human supervision.

Because CNNs gained a lot of notoriety for being insanely good at image classification, and because they were kind of inspired by visual cortical responses1, a lot2 has been made3 about using CNNs as a model4 for how the visual system5 computes information, along with other areas6 of sensory cortex7. This has certainly led to quite useful applications to retinal8 and auditory9 prosthetic devices, but it is (perhaps hotly) debated if a CNN model can offer us a useful way to organize what we know about neural computations.

I could do a whole workshop on these ideas, but I’ll just leave you with those references and this picture: 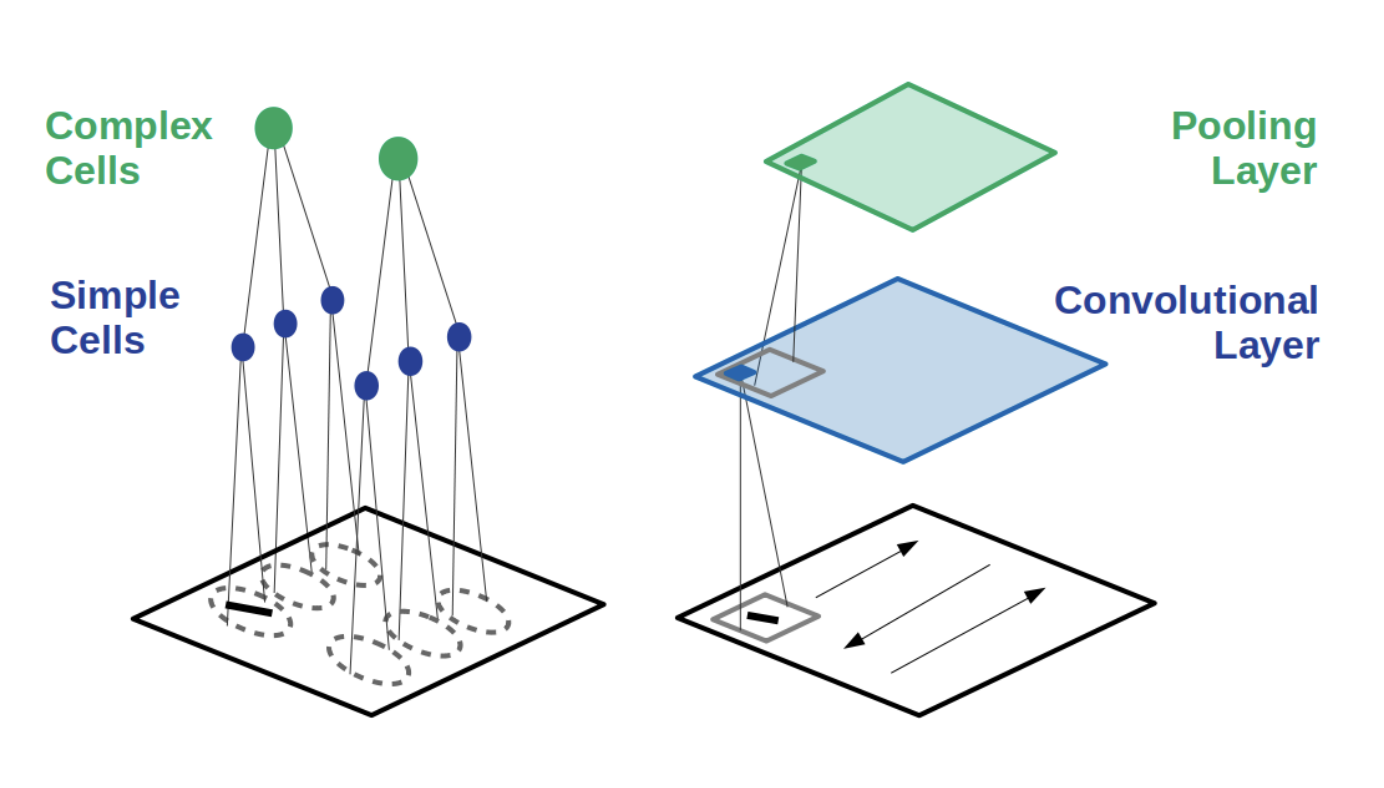